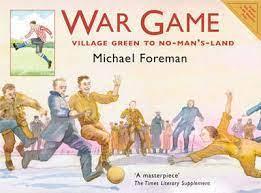 It's 1914 when everything changes for a group of boys growing up and playing football in the Suffolk countryside. Far away, in a place called Sarajevo, an Archduke has been killed and a web of global events results in a call for all British men to do their duty 'for King and Country' and join the army to fight the Germans overseas.

Based on a true story, this beautiful book gives you a glimpse of sunshine during a dark period of our history.

Colin Kingsley is a pizza delivery boy with a twist. He's actually an aspiring detective. But in sleepy Rufflington-on-Sea, there are no cases to solve - until the Golden Spatula League come calling. The world's premier agency for 'caterer-detectives', run by children, the G.S.L. have been dazzled by Colin's freakish memory skills. To join their ranks, Colin - codenamed 'Mark Anchovy' - must fly to Rome to track down a valuable stolen painting, titled, 'Girl With A Squirrel'. The chief suspect: Big Alan Fresco, notorious art thief and pizza addict. It's the toughest, most pizza-ry mystery the G.S.L. have ever encountered. This hilarious adventure had me laughing from start to finish. Full to the brim of clever puns and unexpected twists, you will find this book tricky to put down! 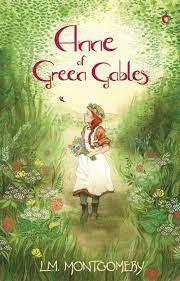 Anne of Green Gables is the book that inspired me to become a teacher.  Reading about the childhood of the spirited and eccentric young orphan who simply wanted to belong, lit a fire in me from an early age.

Her countless exploits (that often ended in disaster) made me both laugh and cry. Her pure heart and clumsy nature create a lovable character that you can’t help but root for! Along the way, she meets many different friends with whom she develops life long and meaningful friendships.

Anne’s love of reading forms an essential part of her character. She loses herself in the pages of good books and in romantic poems. She uses books to escape from her uncertain reality and shares the same love of words that I do.

The brilliant world of Tom Gates by Liz Pichon 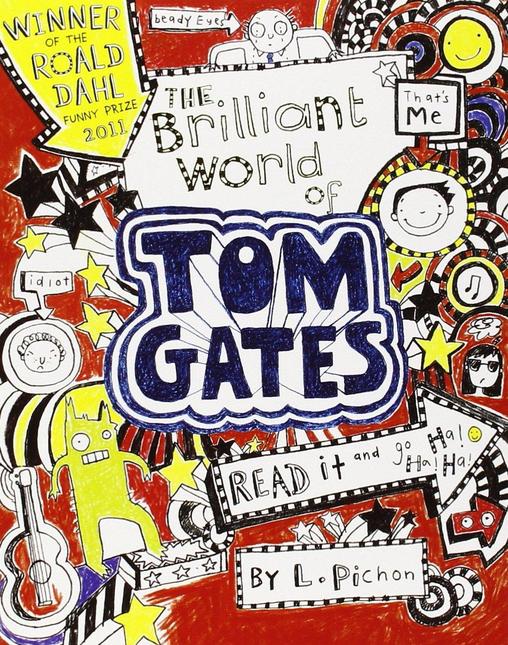 The hilarious homework diary of Tom Gates charts his progress through the trials and tribulations of school and home life, including a disastrous camping trip, his vexed relationship with nosey teacher Mr Fullerman and that perennial domestic trial - parents’ evening. Luckily, Tom’s appetite for humour means he can take such trials in his stride and mine them for comic potential. They also inspire some brilliant cartoons for the reader to enjoy.

Tom scribbles the world from his point of view, each page is an explosion of hand-written rants, funny stories and dynamic cartoons. 'All I want to do is get tickets to see the best band ever, DUDE3, when they come to town. It’s not easy when I’m up against Delia, my weirdo big sister, and all my plans seem to get me into MAJOR TROUBLE…'

The Water Horse by Dick King-Smith. 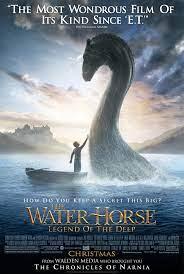 In Dick King-Smith's THE WATER HORSE, Kirstie finds what appears to be an unusually large fish egg on the beach. She takes it home and puts it in the bathtub. When a strange creature emerges, she and her brother, Angus, feed it sardines. Their grandfather, whom the children call Grumble, recognizes the creature as a sea monster of legend that locals call a "water horse." The children and their grandfather name their monster "Crusoe," because he was a castaway. The monster and its appetite grow to extreme proportions, and soon Crusoe must be moved to a pond outside. The kids' mother encourages the children to catch fish in the loch near their home, to keep up with the water horse's hunger. When the weather turns cold, the family fears that Crusoe's pond will freeze over, and he will be trapped inside with no ability to breathe. Meanwhile, the children's father, who has been away serving in the military, returns on leave, and he helps Grumble and the children lure Crusoe out of the pond and into the nearby loch. However, as the monster continues to grow at an alarming rate, they face another problem: how to keep the friendly beast, who associates humans with food and companionship, hidden from outsiders. Finally, they devise a plan to move Crusoe to a larger body of water that can become his forever home.

Unfortunately not the ones with chocolate chips.

Some cookies are necessary in order to make this website function correctly. These are set by default and whilst you can block or delete them by changing your browser settings, some functionality such as being able to log in to the website will not work if you do this. The necessary cookies set on this website are as follows:

Cookies that are not necessary to make the website work, but which enable additional functionality, can also be set. By default these cookies are disabled, but you can choose to enable them below: